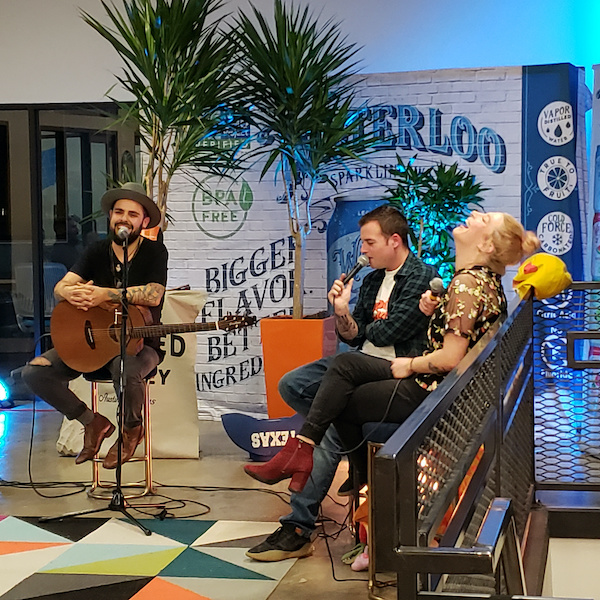 Episode 70 - Interviews and performances with the best of Austin's hard-working musicians being interviewed by local comedians. Sometimes strange, sometimes serious, but always sincere. Brought to you by Music Firsthand.

Hosts BeckiJo Neil and Zac Brooks meet up with Jo James at Waterloo Sparkling Water Headquarters in East Austin. They talk sex playlists, Netflix binging, dog musicians, pooping in public, ASMR, Gay Next church band, California vs. Austin music scenes, play a game of 'Would You Rather?' and of course... a great live performance streaming from Austin Eastciders!