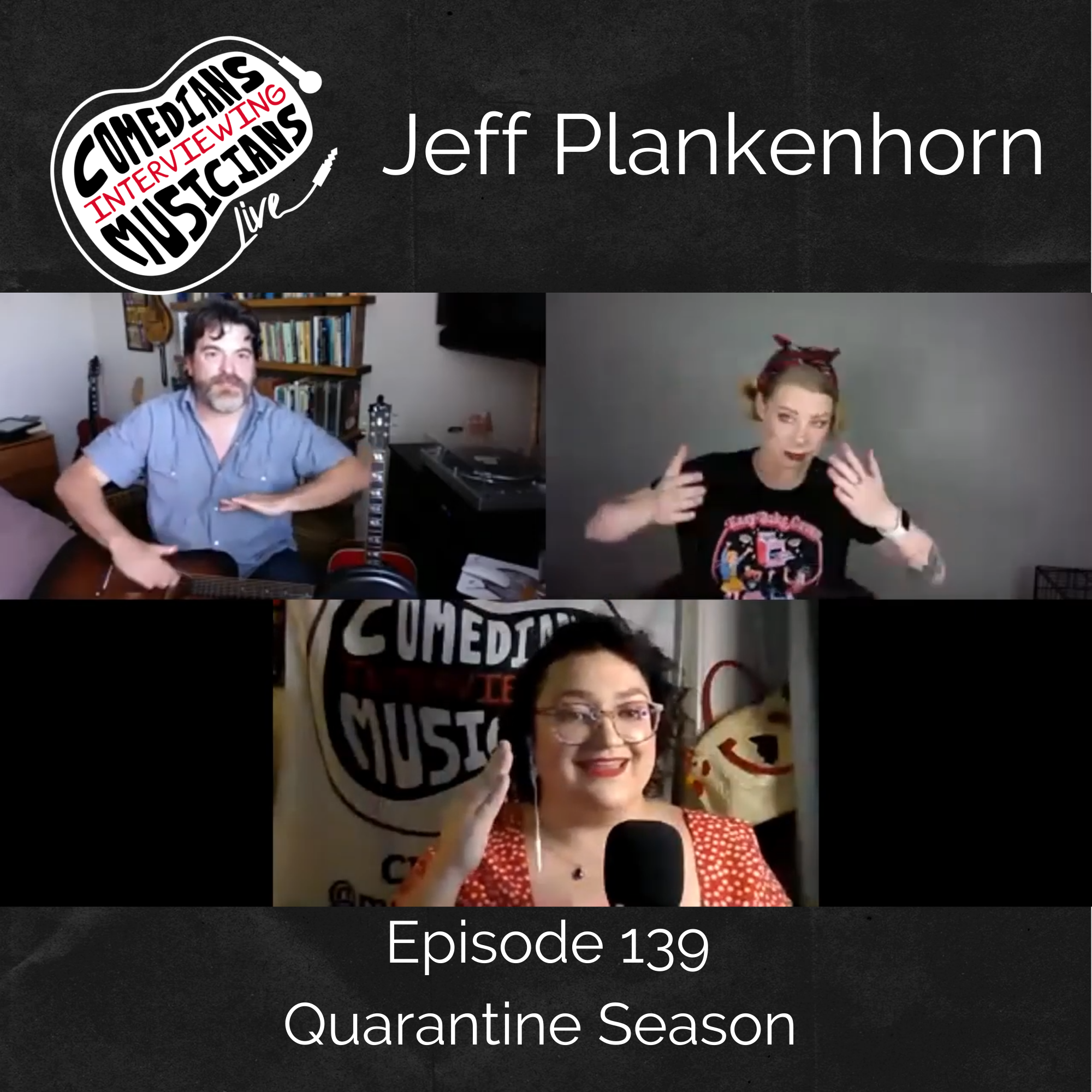 Episode 139 - Interviews and performances with the best of Austin's hard-working musicians being interviewed by local comedians. Sometimes strange, sometimes serious, but always sincere. Brought to you by Music Firsthand.

Hosts BeckiJo Neill and Kim Stacy met with Jeff Plankenhorn on Zoom for the Comedian's Interviewing Musicians- Quarantine Series for Jeff's 3rd appearance on the show. They talked about Golden Girls, Patreon, connecting with fans, singing in the shower, weird gig stories and he even fielded questions from Graham. They also played a round of the "Nickname Game".  Plus... great live performances featured throughout!