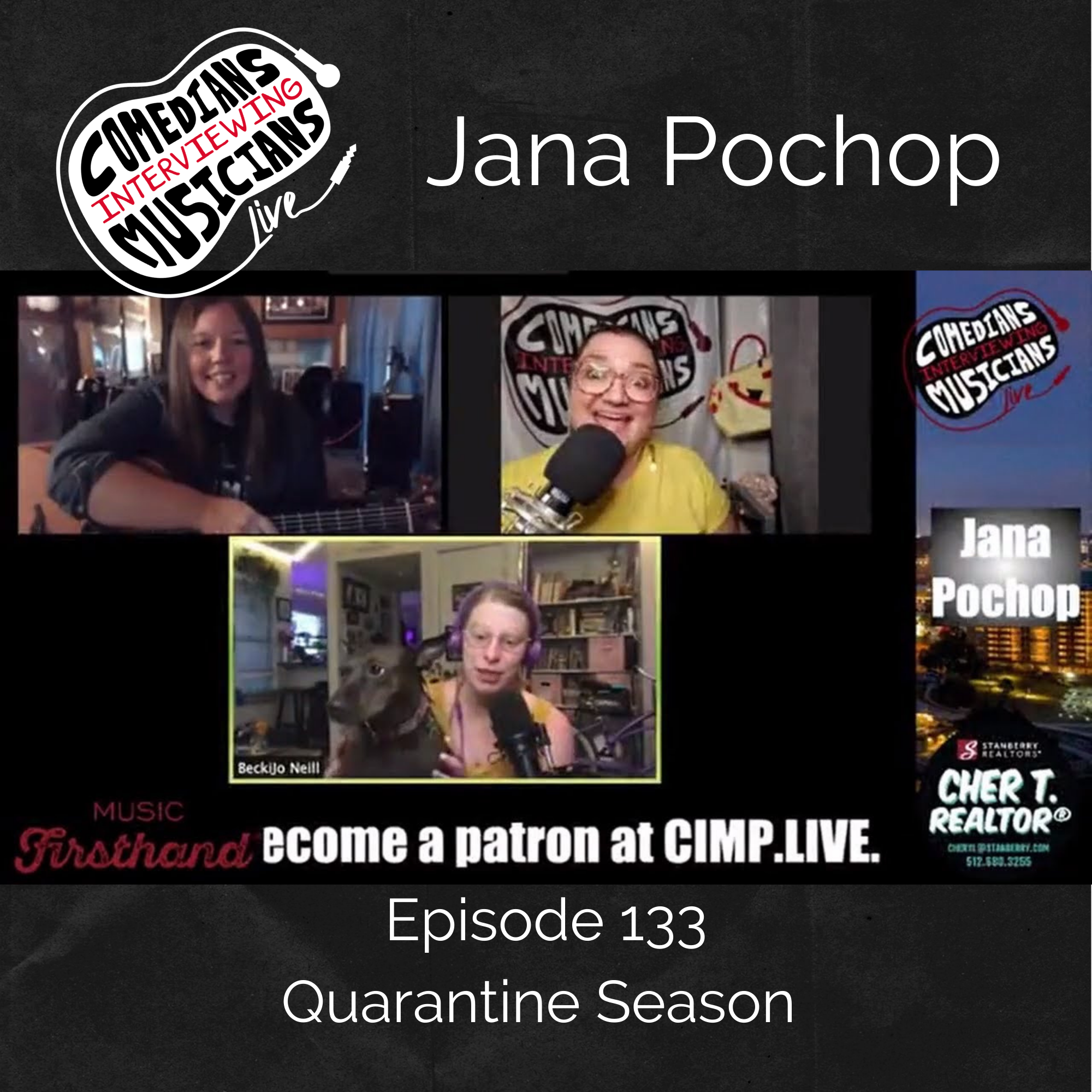 Episode 133 - Interviews and performances with the best of Austin's hard-working musicians being interviewed by local comedians. Sometimes strange, sometimes serious, but always sincere. Brought to you by Music Firsthand.

Hosts BeckiJo Neill and Kim Stacy met with Jana Pochop on Zoom for the Comedian's Interviewing Musicians- Quarantine Series. They talked about silent h's, moving during the pandemic, side hobbies, The Chicks, Jana Water and baking as a science. They played a game called "Shitty Marshas".  She also gave us great live performances featured throughout!