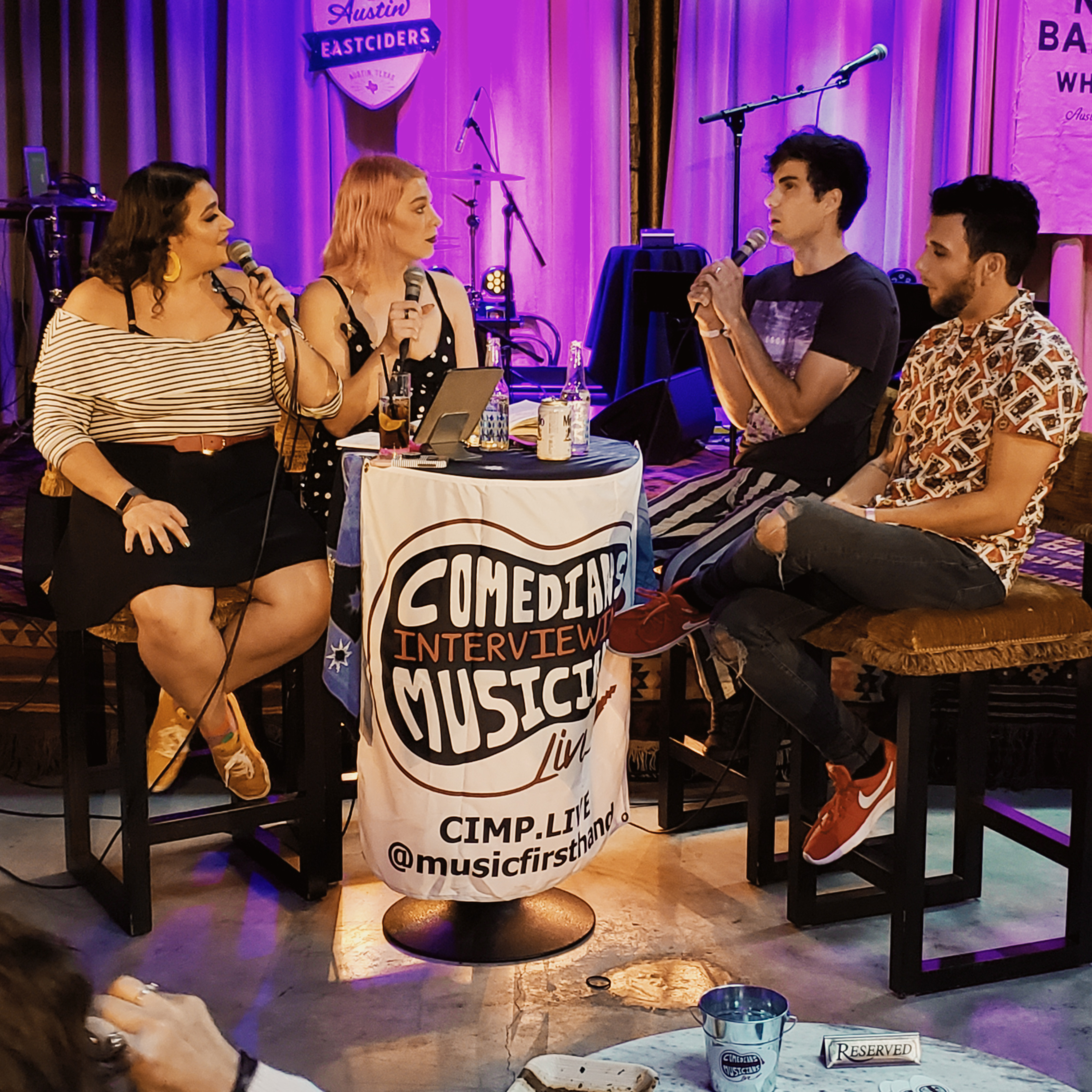 Episode 100 Part I - Interviews and performances with the best of Austin's hard-working musicians being interviewed by local comedians. Sometimes strange, sometimes serious, but always sincere. Brought to you by Music Firsthand.

Hosts BeckiJo Neill and Kim Stacy sit down with Demi the Daredevil at The Pershing and they talked about Power Ranger movie soundtracks, crawling around unlit caves, where the name "Demi the Daredevil" comes from, Bob's Burgers and the future of emo music. They close out the conversation with a game of "Is it a lyric to an emo song or a Pinterest poem written by a 13 year old".    Followed by a full set of great live music from the band!

Recorded live Sept 3, 2019 from The Pershing in Austin, Texas