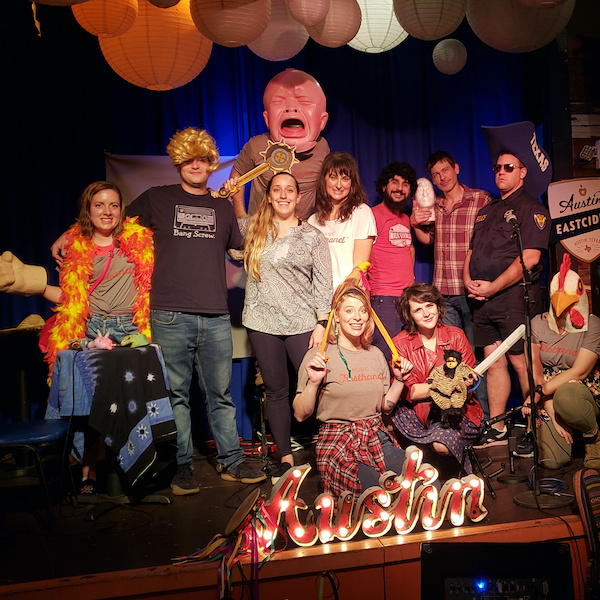 Episode 73 - Interviews and performances with the best of Austin's hard-working musicians being interviewed by local comedians. Sometimes strange, sometimes serious, but always sincere. Brought to you by Music Firsthand.

Hosts BeckiJo Neill and Zac Brooks get weird with Arielle LaGuette at The Velveeta Room in downtown Austin, TX. The crew share a shot of Nine Banded Whiskey and delve into the finer details of messy breakups, mix tapes, Pat Dean, songwriting, Kanye West, The Beth James Band, tampon hacks, the internet, plus The Boner Police stop by to hand out dickets and of course... a great live performance!

Recorded live February 5, 2019 from The Velveeta Room in Austin, Texas